This marks my second time on the Chimney Walking Trail. The first trip I started from the Chimney Museum (or Punil known to local) itself which feasted my eyes with totally different experience and view, this time around we started from the entrance next to the museum which eventually lead to the same final destination – the cliff (what I like to call this spectacular place). I have to say, this time around felt easier or perhaps because I already know what to expect. As suspected, around the Gedung Ubat or Ammunitions Storage is a popular place for photo taking. Everytime. 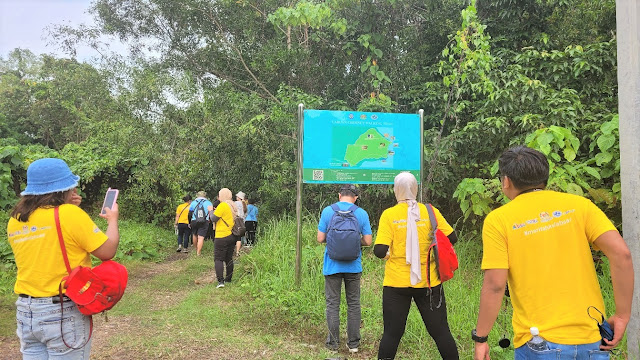 The area somehow gave a savannah vibe (perhaps due to dried grasses and leafless trees) with a touch of greenery enveloping it, over time and due to the natural process of erosion it is amazing to find soft powdery white sand on the cliff yet none seen on the beach below. I guess the sea level was higher thousands of years ago.

It was said that this Chimney Walking Trail loop is approximately 3-4km or so; depending on your starting and ending point. And easy/moderate trail I would say, having said that if you have an injured knee (like moi), do be careful as you descent to the beach, the boulders and rocks tend to get slippery especially after the rain. Other than that, it is fairly doable and suitable for a morning or evening walk, it takes less than half an hour to reach the beach unless you terhegeh ambek banyak gambar like us lah. 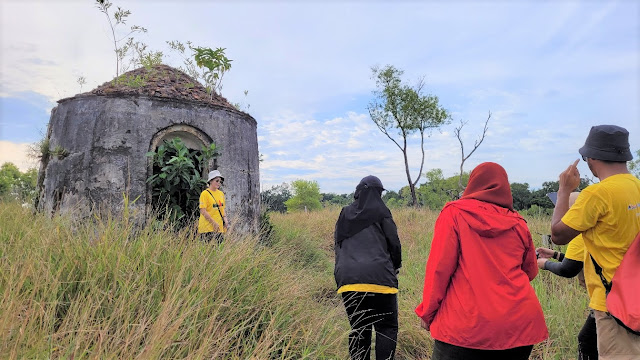 Along the trail you’ll get to see :
- British graveyard – 5 tombstones dating back to 1866 believed (I did not bump into this, thank goodness for that!)
- Gedung Ubat or Ammunitions Storage
- Coal formations and sea cave
- And of course the cliff (it is said that on a good day, you can even see Gunung Kinabalu and also the best place to view sunrise)

The Tanjung Kubong Chimney Walking Trail lead to the beach where you can see the rock formation that is estimated to be 15 million years old of sandstone lithology of the Belait formation. The Belait Formation consist of crossbedded sandstone, interbedded sandstone, siltstone, coal and shale that overlies the Setap Shale in Klias Peninsula. It is an extension from the Klias Peninsula that is located at the south-western part of Sabah. 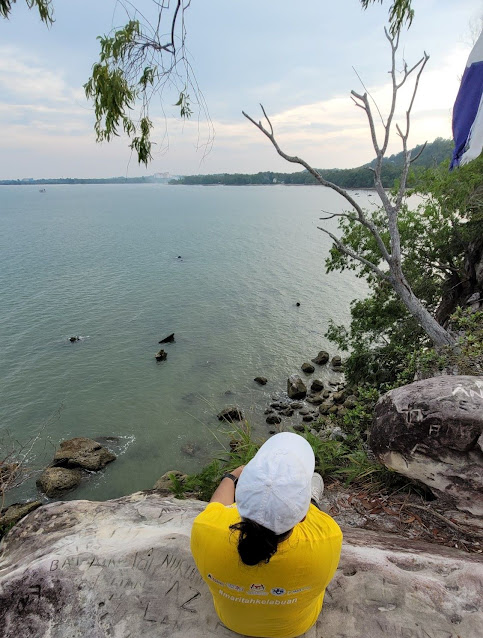 During the walk we could find coal pebbles by the beach. Further reading shows that during 19th century, Labuan major export was coal and the main source is situated in Tanjung Kubong. Based on my desktop research, the said coal mined in Labuan is claimed to be of the highest quality ie. with little sooty residue.

In fact if you visit the Chimney Museum you will find history of the New Central Borneo company; the lessee for the coal mine constructed an 11 mile Labuan Coal Line to transport coal from Tanjung Kubong to the town; previously known as Victoria Port. The Labuan Coal Line was built under the leadership of a British civil engineer, Arthur Joseph West. 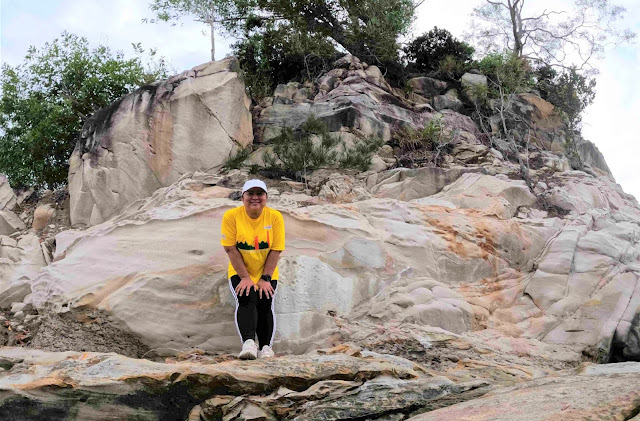 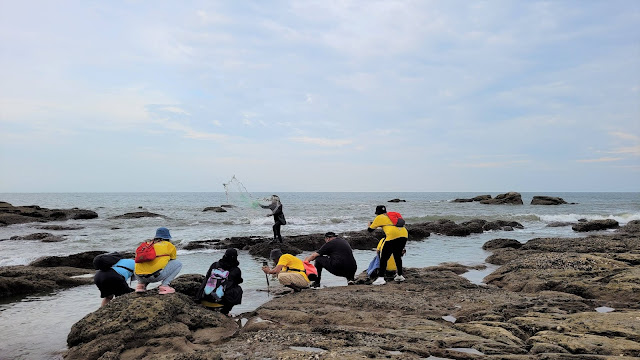 It was indeed a very educational and informative walk, we later ended our evening walk at Wak Kiman Point for the yummiest chocolate cake I ever tasted (either that or I am extremely tired and hungry).

Love to read your trotting comments.